5 Style Tips for Wearing a Suit Without a Tie 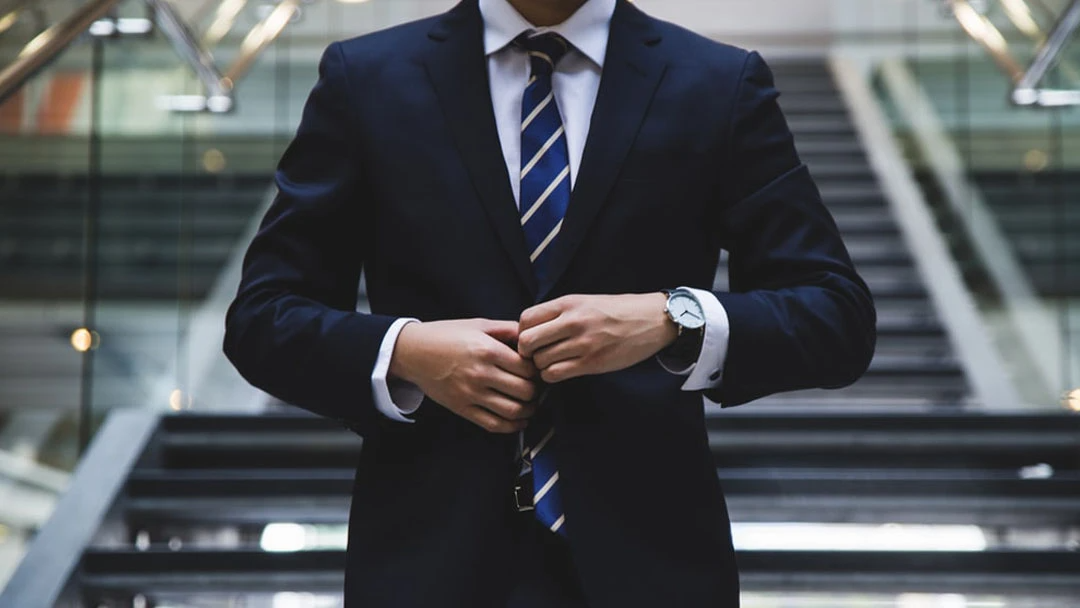 Gentlemen, Antonio here. Today, we’re going to be talking about how to wear a suit without a necktie. I’m going to give you five tips on how to skip the necktie whenever you are wearing it with a jacket suit. For this video, I’m going to use the two terms interchangeably. In addition, guys, I want to point out, a suit normally is when you’ve got a jacket and a pair of trousers made of the same fabric. However, I know a lot of you guys pull off sports jackets, perhaps blazers, and you want to know “Antonio, can these rules still apply?” In general, yes. Now, if you want more information, go check out the article.

The support article I go into a lot more details there. Guys, I want to hear from you down in the comments. Let me know. Do you agree? Are you really old school like “Antonio, anytime you wear a suit or a jacket, you need to wear a tie”? Or like “Antonio, I pull this look off all the time”? Guys, I love learning from you, so let me know in the comments. Tip number one: make sure that if you’re going to pull this look off that it’s the right environment. That you’ve looked around. I understand that choosing to not wear a necktie with your suit I would say it’s not as rebellious as wearing a leather jacket, but it is something that gives off that signal of “Okay, this guy is walking his own path”, especially when you walk into a room and everyone else is wearing a necktie. Yeah, you’ve got the jacket on, but you’ve decided to totally skip the necktie look. In some cases, it may work out great.

If you own the company and you guys have a dress code, if you need to wear a jacket, most people would assume “Okay. I need to wear a necktie with it.” But you’re the guy that shows up “Hey, I’ve got the jacket on. I’m following the code. But I wear it my way.” Or maybe you’re a Silicon Valley guy, and you want to get dressed up to go to the bank, but at the same time, you’ve never worn that tie, and you’re not going to do it. However, if you’re a young guy, just graduated college, law school, and you’re going to an interview with a conservative legal company out in New York City, well, in that case, at that point, do you need to assert that “Hey, I’m not going to wear a necktie”? Or do you realize “This is the culture of the company I’m going into.

Perhaps I need to wear it.” A father-daughter dance. Okay. Your little girl she’s expecting you to dress your best. All the other dads are going to have on neckties. You want to have some great pictures of her holding your necktie as you’re holding her up and just spending this time with your daughter. Think about the situation. If you’re cool with skipping the necktie, then go for it. But the key, gents, is I don’t want you to be second guessing yourself. I don’t want you to lose confidence. Point number two is the collar is key. This is what’s going to frame the face. You don’t have the necktie here to hold it together anymore. Guys, you need to make sure that you’ve got a strong, sharp-looking collar. Go check out this video. I’ve already gone into in great detail talking about how to create, how to maintain, how to have a great-looking collar. But in summer, remember, it starts with the placket. Go check out Million Dollar Collar. Guys, I’ve talked about that startup before. I think they did a great job creating something that can help solve if you’ve got a weak placket issue.

After that, you want to look at the collar itself. Make sure it’s ironed. Make sure it has removable collar stays. If so, put in some metal or plastic collar stays. Magnetic collar stays. Whatever you need to get those two things to look great is going to really far, because again, guys, without that necktie right there basically pointing at your face, when people look at you, when they look at what frames your face, it’s going to be that strong collar.

You don’t want to try to be pulling something off that’s really weak or limpy or falling over. Now, we’ve got the issue of one or two buttons. What do I mean? Okay. Because it’s not tied up right here, you’re either going to unbutton the one, or you’re going to unbutton the two. Some of you guys I guess maybe go three or four. But I’m only going to be talking about the one or the two.

Understand that if you go with the two button unbuttoned look, it’s much more casual, especially if it starts to open up. Now, in my case, I am wearing a three-button suit jacket. I’ve got the first two buttons. It’s a little bit more done up. Because it does that, the collar, because it’s strong, actually does a good job of keeping it closed. I feel fine. I dress for myself. I’m pulling off this look with confidence. But guys, if you’re going to be wearing this to work and most people are wearing ties and you’re going down a little bit too far, it may be something the people just are like “Who does this guy think he is?” Pay attention to your environment. If you’ve got the courage, if you’ve got the strength, if you’ve got the position in your company to be able to pull it off, great. Otherwise, guys, you may want to think about maybe just go with the one button there. Point number four and tied to the number of buttons is basically your undershirt.

You don’t want to be pulling this down and all of the sudden have this undershirt. Crewneck. Basically where it goes all the way up. Probably not going to be something you normally want to wear if you’re going to be skipping out on the necktie and you’re going to be opening up the front of your shirt with a suit. I just don’t think it looks great. Let me know in the comments. What do you guys think? I think that you should be looking at a V-neck undershirt. Some guys don’t even want to wear undershirts, but if you’re going to wear it, go for the V-neck. Some of you guys are saying “Antonio, I’ve got a lot of chest hair.” In that case, you may want to trim. Yes, I am advocating. You can trim your chest hair a bit when it starts getting out of control there. But the point is you just don’t want this big white undershirt. Tip number five is pay attention to your other accessories. Because there is no necktie right here, all of a sudden, people’s eyes are going to look around.

They’re going to want to latch on to something else on your outfit. Guess what that’s going to be? Pocket square. Watch. Your shoes. Other little accessories. Cufflinks. Make sure that those are maybe taken a level up. When it comes to the pocket square, this is something that I think so many guys if they were just to try wearing a pocket square it doesn’t have to be something fancy.

You can go with a simple white square fold pocket square. All of a sudden, that’s going to look great. You will get more compliments. Now, on your shoes. This is someplace where, assuming you’re wearing a suit, maybe a whole cut, something that’s made from a single piece of leather, very elegant this will be something they’ll look down and go “Oh.” They’ll notice the shoes a bit more, again, because they’re not going to get tied up in the necktie. Oftentimes, when people look at someone, they see that necktie, and that keeps them focused in. Without that, they’re going to maybe wander around. Again, bring in a wide range of shoes.

I’m even advocating in this case, you should be wearing loafers, because you’ve got that more casual look, especially if you’re going with a lighter-colored suit, and it’s warm weather. All of these shoes, by the way, are from Paul Evans. Guys, that is it. In the article, I actually give you a few more tips. I go beyond the five there in the article. I like to do stuff like that. If you want more, if you’re like “Antonio, I need more information about style”, well, guess what? I’ve got tons of free e-books now over at Real Men Real Style. Go grab one. I’m going to be changing them out. They’re not always going to be the same. If you miss one, you may miss it forever. Go over there. You can download all of them. Every couple months, I’m trying to change it up.