An Essential Guide on how to be a Modern Gentleman 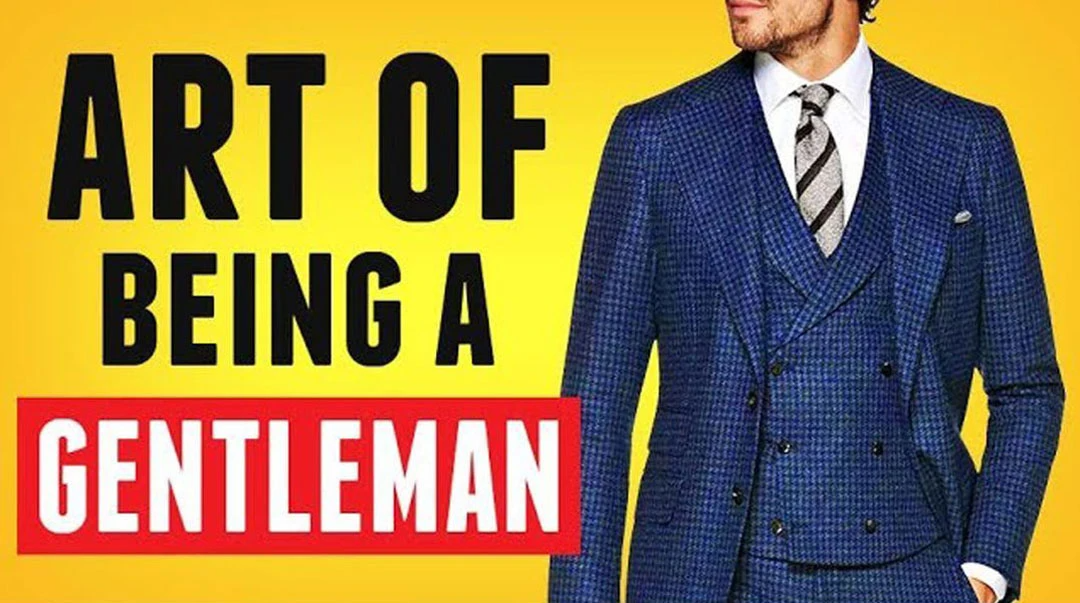 The word gentleman. What does it mean? I use it all the time. I say Gentlemen, Gents. Start the video off, but what exactly do I mean by that? Guys in today’s video? I’m going to define what it means to be a modern gentleman. Music Intro Now, whether you agree, disagree. I want to hear from you guys down in the comments after this video. Because I’m sure I missed something and I’d love to hear your thoughts on what is a modern gentleman. First up gentlemen. We’ve got Honor. I’m gonna equate honor with integrity to meet these go right together. And when I think of honor, when I think of integrity, I think of having a standard that you live to. You do what you say you’re going to do. And the way to imagine this is the opposite. The opposite of having honor, of having integrity, is to be a hypocrite. A hypocrite says one thing and does another because it’s easy. Because it’s convenient they bend their morals. If you have integrity. if you have honor. You know what you stand for and you stand for it.

The next characteristic of the modern gentlemen is Courage. And this one’s misunderstood because most people don’t know how to actually be courageous. It’s something well, I’m not on a battlefield How can I stand up and be courageous and lead troops in the combat? That is a type of courage, but that’s very rare. For the vast majority of people It’s living day to day and it’s seeing something that’s wrong and actually having the conviction, the commitment, the courage to stand up and right that wrong. You know your boss. Maybe he’s yelling at everyone on the team He has no leadership skills, and he’s hurting this company. Maybe you need to go speak to his boss Maybe you need to speak to him directly. Yes. You could lose your job But you know what, you know that what he’s doing is wrong.

It’s hurting the company You’ve got to have the courage the commitment To stand up to the right people. The next characteristic of a modern gentleman is to be Mindful. That means you’re going through life and you’re actually aware of what’s going on Not only with yourself, but with others. You’re paying attention to the way people are – the way “Oh! This person is having an off day.” I can tell because the way that she’s acting or you’re paying attention to your own body. “Why am I so stressed out? Maybe I need to get more sleep. I need to eat better I need to take better care of my own body.” Now gents, let me ask you a question. Do you remember shaving this morning? No, most of us go through it like a robot. We don’t think about it. There’s no mindfulness Why do we do this? You think about shaving. It’s a ritual that you shared with your father, with your grandfather, your great-grandfather. You go back to the Egyptian pharaohs. They were shaving. Why not make it something enjoyable? You’re gonna shave ten thousand times over your lifetime.

And if you’re looking for the best shave of your life guys Check out OneBlade. The paid sponsor of today’s video and they have got some amazing razors. They got the Genesis Blade. They’ve got their Hybrid Blade. They’ve got the Core Blade. This is a company that has spent over a million dollars in creating a world-class shaving experience. They utilize the most advanced shaving technology on the market. They’ve got a patent-pending, active floating, blade approach system. And basically, this is a blade once latched into a one blade razor. Very minutely. It can adjust while still maintaining the right blade angle exposure and gap tolerances. In a nutshell, what this does is it gives you the most amazing shave of your life.

No nicks, no cuts and you get an incredibly close shave. They’re the Ferrari of Razors. Guys, I’ve got a very exclusive deal only with you guys here at Real Men Real Style. And that is, you can get their Core Razor for less than $30. This normally sells for $80. How? Because there’s only 200 and I think 70 of them and it’s only for three days. So this is a hot deal guys. I’m linking to it down in the description. This is not gonna be around for very long and this is the best deal on OneBlade you’re probably ever going to see. And if you don’t love the razor send it back they’ve got a 60-day trial guarantee. The next mark of a modern gentleman is Respect. Both given and received. So let’s talk about giving respect. Who do you give it to you give it to? You give it to everybody because they’re all human beings. And when you understand that, all the sudden you realize when you give that respect a lot of times you’re gonna receive it back.

But what happens when you don’t receive the respect back? Well, you move on and you realize, “This is not someone I want to engage with.” Have your own self-respect that you just expect a certain level from people that you engage with. The next characteristic of a modern gentleman is Chivalry. Some people say chivalry is dead That’s a bunch of BS. And let me be clear, chivalry is not just doing things for women like opening doors. It’s more than that It’s serving your fellow human being. Whether they be a child an older man or even an able-bodied man. Anytime you can serve another person, that is chivalry. The next mark of a modern gentleman is Commitment.

When you say you’re going to do something, you need to do it. Your word is your bond. People learn to depend on you and that’s a big deal because there are so many people out there that you can’t depend on to show up to be there when you need them. You want to be that rock. You want to be that foundation that people can depend on? Next up gentlemen is Confident. Not arrogant and not overconfident. So if you’re confident, you know what your abilities are and you know the limitations of those strengths. You know your weaknesses. You build up confidence over time. It’s something that comes with your ability.

It’s something that comes as you develop an expertise, but arrogance is actually where you take — “Okay, I’m really good at this” and all of a sudden you let it blind you and take you down a path where you’re actually insulting and hurting others. Overconfidence is where you actually do not know your limitations and you go off and you try to do things that you haven’t tested. Maybe you think you can do but you’re not truly able to do.The next characteristic of a modern gentleman — He’s got impeccable manners and he understands etiquette.

Now, the difference between etiquette and manners. What is? Manners. It’s how you make people feel. Etiquette. Those are the rules in society and manners always trump etiquette. So give you an example, you’re at a dinner party. And all of a sudden did someone’s breaking a rule of etiquette. They were eating before everyone has been served. Before prayer has been said. So do you go point this out to them? Do you make them feel like a fool? Probably not especially if you’re the host you realize this person just simply has different customs. They have broken a rule of etiquette, but you’re not going to break manners, and you’re gonna simply treat them the way you would like to be treated. So the next mark of a modern gentleman, is that he seeks Fulfillment. Not necessarily happiness.

Now there’s a big difference here. Happiness is something we feel whenever maybe you accomplish a goal. You do something and you feel good about it. And that’s great. Happiness is a good thing, but it’s something that goes up and down and it doesn’t last. Fulfillment is something that you work for and you feel deep down inside you. So if you can imagine, happiness is liking something. Fulfillment is loving something. So whether this applies to your job whether supplies to your personal relationships. Make sure you seek fulfillment not always happiness. All right, gentlemen, what do you think? What did I miss? What would you have added? Let me know down in the comments. I want to hear from you. And if you liked this video, click on that like button.

If you’re new to Real Men Real Style, then click on that subscribe button. And gents, don’t forget about the deal I’ve got for you with OneBlade. This Core Razor normally $80 you can get it now for less than 30 bucks. There’s only 270 of these razors. I’m putting a special link and discount code down in the description. Use it or lose it guys. It’s only for the next three days. This is an awesome deal. Great company. I mean if you want the Ferrari of Razors, this is what you’re looking for. Go check them out guys