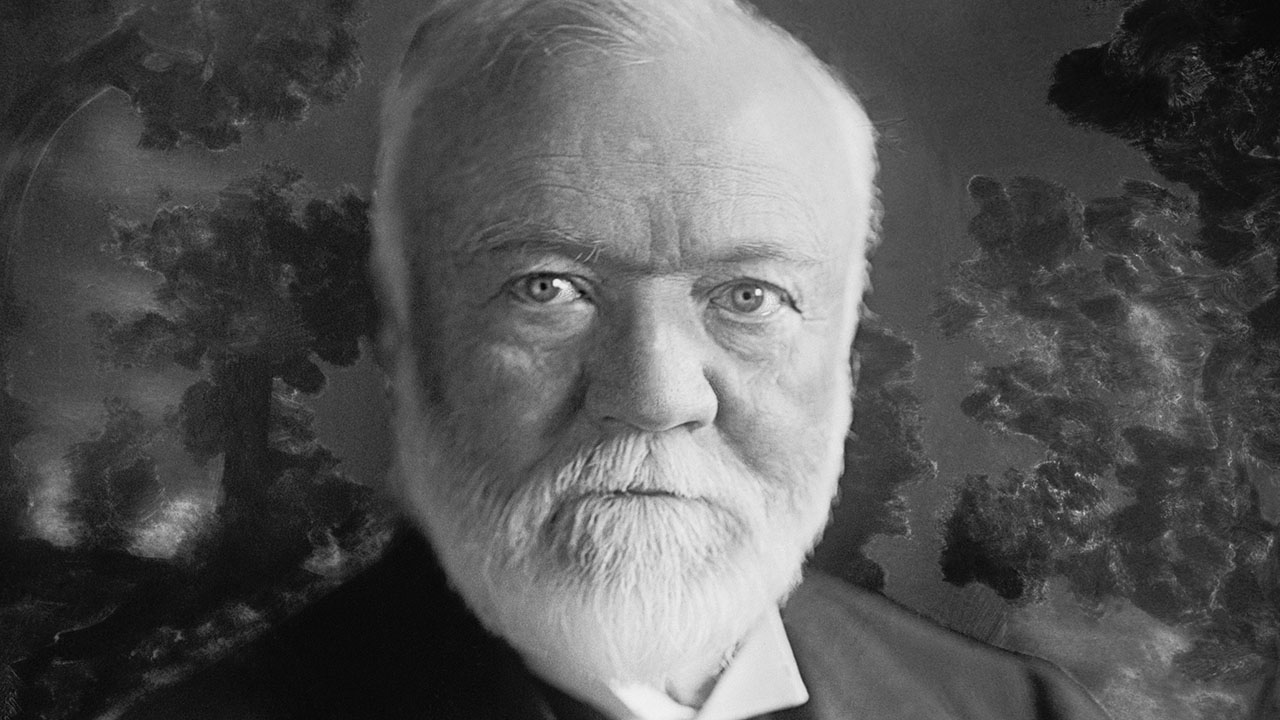 Born in Dunfermline, Scotland on 25th of November, 1835 to Margaret Morrison Carnegie and William Carnegie.

From being a poor boy who allegedly got to the United States with 5 dollars and little education, to becoming one of the world’s richest men in his generation, Andrew Carnegie definitely has some secrets that made him hugely successful.

Why are some people very successful in life when most other people fail?

It must be because successful people know, think and do certain things which other people don’t.

In this video, we bring to you; Andrew Carnegie’s 7 secrets of success. By secrets, we mean what he knows, thinks and does that makes him very successful.

In his life Andrew Carnegie said about his early years:

“I began to learn what poverty meant.It was burnt into my heart then that my father had to beg for work. And then and there came the resolve that I would cure that when I got to be a man.”

Curing the family poverty disease was the drive that kept Andrew fighting for more in life and that drive makes him win many war back then. You see, nothing has any meaning in life, except the meaning we decide to give them. If you were born by poor parents, you can interpret that as a sign that God hates you or that you’re unfortunate.

You can as well decide to use that as motivation to overcome poverty. Carnegie chose to be inspired by his family’s poverty. Many people make excuses about being born by poor parents or being immigrants. Young people, the only excuse you have is that, you have no excuse. Let the poverty of your family be your motivation to create wealth.

Be Willing to Walk Your Way to The Top.

Carnegie took his first job at age 13, working 12 hours a day, 6 days a week and earning 20 cents a day as a bobbin boy in a cotton mill.

He then moved over to working for another manufacturer, this time tending a boiler in the cellar and running a small steam engine—a job that proved highly stressful as he had to create enough steam for the workers above him, but not so much that the engine would burst.

He didn’t tell his parents about his anxiety though, choosing to “play the man and bear mine burdens.” Instead, he remained optimistic and kept his eyes open for a chance to move ahead.

In time Carnegie managed to get an interview to work as a messenger boy in a telegraph office—a great step up from his current position—and he did all he could to seize the opportunity.

One step at a time, Carnegie walked his way up to become one of the most powerful men in the world. Most people in our world today are expecting quick fix. If you want to be truly wealthy in life, you must be willing to take chances, start where you are , with whatever you have while on the lookout for the next opportunity

Later in his life, Andrew Carnegie said; “There was scarcely a minute in which I could not learn something or find out how much there was to learn and how little I knew.

I felt that my foot was upon the ladder and that I was bound to climb.” If you care to know the reason why most people are poor, we’ll tell you in three simple words:

“If you wish to know how I got my money” Carnegie said ”I will answer your question by saying that we have a master mind here in our business, and that mind is made up of more than a score of men who constitute my personal staff of superintendents and managers and accountants and chemists and other necessary types” The fastest path to poverty is to try to create wealth all alone.

Nobody has ever done it. Nobody can do it. If you truly want to be rich, you must master the art of collaborating and forming alliance with other people. You can’t play any meaningful game alone. You can’t fight any serious war alone. You can’t build wealth as a lone ranger.

Where Carnegie was working at certain time, no one but the superintendent was allowed to issue orders to the trains, which ran on a single line of tracks.

But one day when Carnegie arrived at work, he found that an accident was delaying numerous trains and traffic had come to a standstill. He looked for Scott but couldn’t find him anywhere. Carnegie felt a pit of fear in his stomach, but went ahead and sent out the orders himself, clearing up the snarl and getting the trains moving again.

He nervously waited for Scott to arrive, afraid of how his boss would react.

But Scott, just like his former boss in the telegraph office, didn’t reprimand him, and from that day on he pretty much handed over order-giving duty to Carnegie. Andrew Carnegie understood that the man who sits and waits to be told what to do in critical situations will never get ahead.

Taking the initiative was how Carnegie started to work his way from telegraph messenger boy to telegraph operator.

“Concentrate your energies, your thoughts and your capital” Carnegie said. “The wise man puts all his eggs in one basket and watches the basket.”

He concluded With so many distractions in our world today, it’s easy to run after the next shining object but that’s not the way to build wealth. Especially at the beginning, you must concentrate all your energy, strengths and mind on a single venture, till you become successful at it.

In 1892, the Homestead Strike broke out at one of Carnegie’s steel mills. In this instance, workers at one of his plants “went on strike because they had received a wage cut,” and soon fighting broke out between them and the “hired guards from the Pinkerton Detective Agency,” ultimately resulting in the death of several workers (Sobel).

This had a severe effect on the public’s perception of Carnegie because he had done nothing to attempt to stop the conflict.

While he did approve of what happened, the public seemed to think that he was satisfied with the outcome.

Despite these negative views, Carnegie was still able to grow his business over the next decade until he retired around the turn of the century. This accurately displays his ability to surmount adversity, since he was able to retain and grow his consumer base over time even after being afflicted by controversy. Tough times never last, but tough people do, so be tough at overcoming adversities.

Which of the above lessons from Carnegie’s life makes more sense to you?

What other thing do you learn from Andrew Carnegie that are not mentioned in this video?

Leave your comments below!