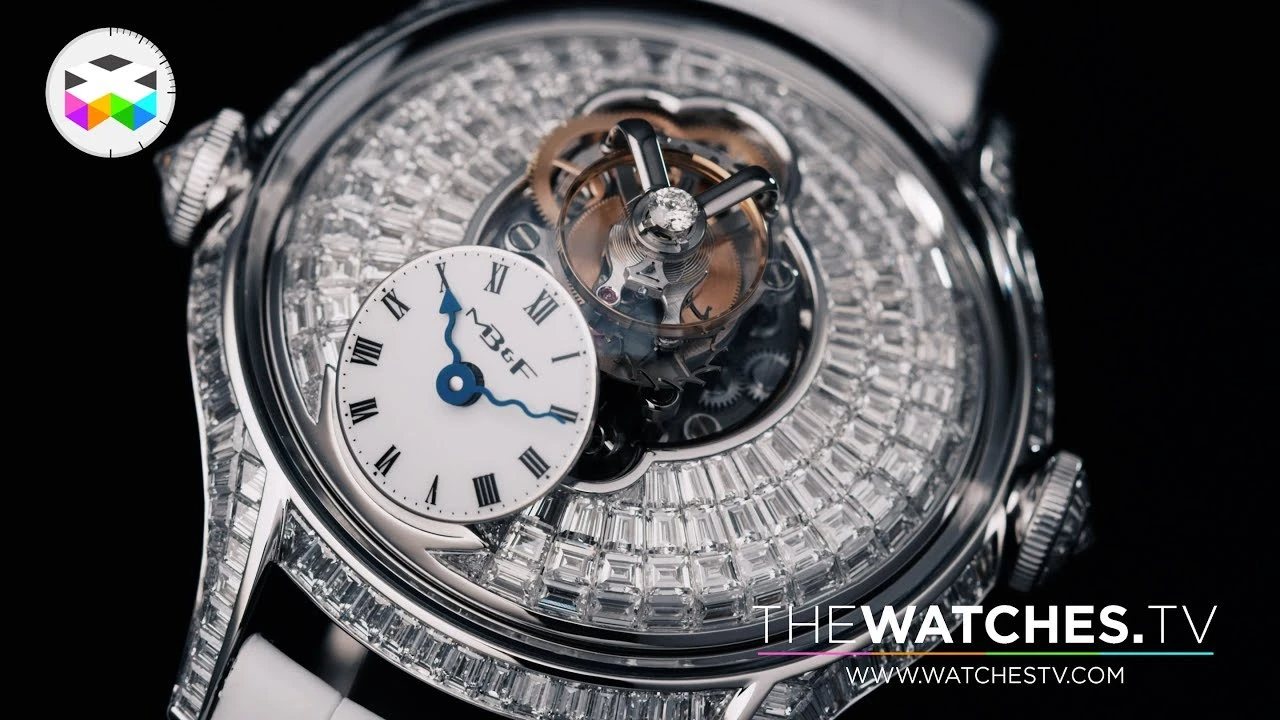 We go back to Max Büsser and listen what he had to say about this new collection, a new timepiece, solely inspired and dedicated to women.

At seven years of MB&F what do I do, for the first six years I’m coming out with horological machines. On the seventh year, I launch legacy machine, open the first MAD Gallery and then subsequently, I’m going to create these co-creations with Reuge, l’Epée and Caran d’Ache et cetera, then it’s also at that moment that I realized that my only family, at least up until recently, was my mother, my wife, and my two daughters. My mom passed away last year, so it’s like my wife and my two daughters. I thought, “Are you going to dare create something for them? A watch dedicated to women,” something which for 14 years I’ve been creating just for myself. I have no idea what a woman wants. I realized this can only work if I stop thinking, “What would they like?” And I instead put in a mechanical sculpture, everything I love in the women of my life.

I tried to put something, as sense of amazement, incredible energy, elegance, and if you look at our Flying T today, of course, my notion of womanhood has also changed because my mother is my mother, and my wife is the mother of my children. The fact of maternity also came into that factor, which probably will not speak to many women, but for me, it was important. You’ve got this dome and under the dome, you’ve got the life. That was linked to maternity for me. When I created it, it was going to be a gift. It’s the first time I’m creating something for, instead of for me, for somebody else. That’s why I put the time, that little dial, at seven o’clock, because the time is only for her. Also in what’s important for me in that piece is that if you see that movement, which is this incredible vertical movement we’ve create where we’ve taken all the bridges out to keep only what is as elegant and subtle in a movement. Bridges are not elegant and subtle, it’s all the rest which is. You’ve got this aggregation of beautiful, elegant parts, which become a tower.

We’re putting it with diamonds because it’s saying, “This is the first woman’s dedicated MB&F.” We didn’t want to be any idea that, “Oh, maybe it’s a unisex watch,” which of course economically, or business-wise, would’ve been very smart, but I didn’t want that. I wanted it to be a declaration, “It’s diamond-set, it’s for women.” Even though I know for example, my wife, probably will not wear a diamond-set version.

I think it’s what it was supposed to be. Well, I hope you liked this, and just as a little side note, considering what this time piece is all about, I have to say that the price and positioning of it is rather aggressive for a tourbillon of this nature. All the best, and viva watchmaking.