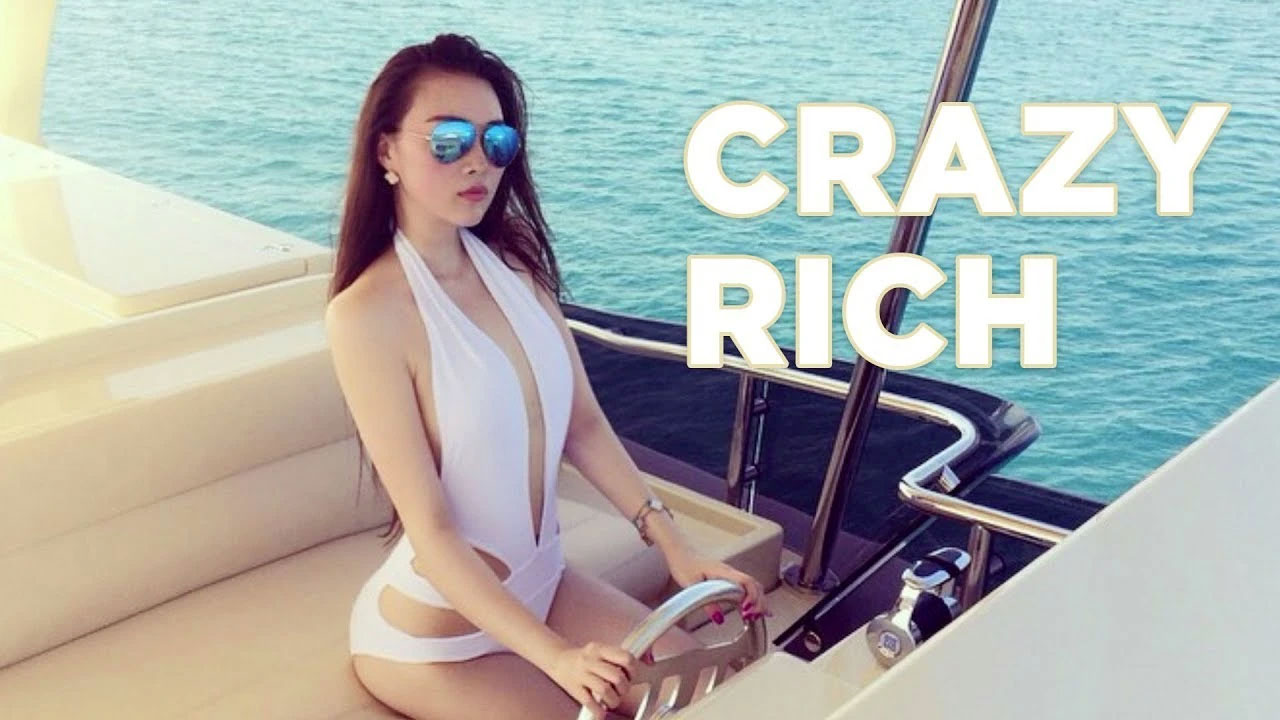 You know, nothing says ideal communist utopia where everyone is equal… like modern China. It became clear after the death of Chairman Mao that killing all the rich people and taking their stuff was not a great long-term strategy for economic growth. Because you eventually run out of rich people. So the next leader, Deng Xiaoping, came up with a new theory: “Let some people get rich first.” That’s not a joke. That’s actually what he said. And since then, China has seen decades of stunning economic growth. This is Shanghai in 1987. And this is Shanghai in 2013. So who are the people who got rich first? Why, it was the proletariat— the backbone of the revolution— who… Just kidding. It was the communist officials. They didn’t have to pretend to live frugally anymore. They were free to take big profits from state-owned companies, or to kick peasant farmers off of the land and sell the rights for development while getting kickbacks.

You know, the traditional way to make money. But soon there were others getting rich, too. Millions of everyday people started small businesses, and a few of them pulled themselves up by the bootstraps. Whatever bootstraps are. I’m talking about people like Alibaba founder Jack Ma. His first job out of college in 1988 was teaching English… for $12 a month. Then, he started several small businesses, which all failed. Eventually, he started the e-commerce company Alibaba, which did not fail. And now he’s worth 40 billion dollars. And Jack Ma is not alone. According to the latest annual Hurun report, there are 777 billionaires in the People’s Republic of China. And it just so happens that 104 of them are Communist Party officials. I’m sure that’s just a coincidence. The US, by contrast, has only 571 billionaires.

And most of them aren’t in government positions. OK, there are exceptions. But Trump’s counterpart in China is also super wealthy. Xi Jinping may not live an extravagant lifestyle himself, but together with his relatives he’s worth at least a quarter billion. Anyway, China has more billionaires than any other country. By far. And while Alibaba founder Jack Ma may live humbly… Well, other than doing stuff like producing and starring in his own short film where he’s somehow a kung fu master.

I guess that’s just what crazy rich people do. I mean, star in your own martial arts movie? Who wouldn’t do that? But while Jack Ma may be crazy rich, at least he isn’t crazy and rich, like Chinese entrepreneur Chen Guangbiao. The guy who once hosted a fancy lunch for homeless people in New York City to highlight how bad America’s homeless problem is, and how he could fix it. Starting with his promise to give out $300 in cash to every homeless person in attendance. And then, in a bizarre twist, he took all the money back. He also faked the ice bucket challenge by pretending to sit in ice water for half an hour. Chinese people would call Chen Guangbiao a total tu hao, or nouveau riche. But there’s not a lot of old money in mainland China, because of the whole, killing rich people and taking their stuff policy under Mao.

Which is why rich Chinese are taking etiquette classes. “Many people ask why pay 100,000 RMB ($16,000) to learn how to cut a banana? Don’t think about it like that. What we teach is more than that. It’s about the spirit of etiquette.” As well as yacht-buying classes. There’s an advanced electrical toilet on the yacht. And when I go sailing next time, I can discharge it on the open sea. They’re already rich, but now they’re learning how to act wealthy. But if you think that’s crazy behavior for the crazy rich people of China, wait until you hear about their kids. There’s even a term in Chinese for rich people’s kids: Fu er dai. Or “rich second generation.” And some of these fu er dai are seriously…extra. Like this Instagrammer, Sian Vivi X. Showing off her apartment with a slightly above average view of Hong Kong Her humble automobile, probably a Toyota Camry. A normal, everyday breakfast/ An afternoon out on the ol’ fishin’ boat. And of course a totally unstaged photo where she and her “baes” depict what I assume always happens at girls’ slumber parties.

Wait, what’s that Shelley? It does?! Wow. Now perhaps it seems a bit tone deaf to show off your luxury lifestyle in a country where most people are still living on less than $10 a day. But on the plus side, your average Chinese peasant farmer isn’t looking at Instagram. Because first, you need to own a smartphone. Also, Instagram is blocked in China and you have to use a VPN to access it. But there’s nothing wrong with being rich. Even if you use that money to buy your dog eight iPhones.

Although that is kind of ridiculous. I mean, why would a dog would need more than four iPhones? One for each cute little paw, obviously, but what are the other ones for? But if the crazy rich fu er dai of Instragram want to buy an excessive number of backup iPhones for their dogs, fine. Or if they want to show off their helicopters, I have no problem with that. If her parents earned that money fair and square, and she benefits from it, I’m happy for her. Even if the Internet points out that when riding a camel, you should really wear long pants. I mean, chafing, hello! But it’s not the horse-cuddling, baby-elephant-feeding fu er dai that mainstream Chinese people are all worked up about. Besides, there are rich Instagrammers in every country who are “hashtag living the dream.” But it’s the crazy rich Chinese fu er dai who think they’re above the law who drive people…crazy. Like the college student who snapped a photo of herself literally burning money.

Although I suppose it could have been an anti-Mao political statement. But it wasn’t. Or there’s the crazy rich daughter of a Chinese official who refused to put her 20-thousand-dollar handbag through the x-ray machine at a Shanghai subway station. And the security guards were like, “Well then we won’t let you through.” And then she was all like, “Well then my daddy’s going to kill you.” That’s not a joke. That’s what she said. I feel there should be some kind of solution in between not getting on a train and killing people. Speaking of killing people, this fu er dai. He was driving drunk outside a university in northeast China, when he ran his car into two girls, killing one of them. He started driving away, and when students and security guards tried to stop him, he yelled: “Go ahead, sue me if you dare. My father is Li Gang!” Li Gang was the deputy director of the local Public Security Bureau, which is like the police, but with more authority. So maybe not super rich, but certainly super powerful.

That is, until the phrase “My father is Li Gang” became an online meme, and a metaphor for abuse of power that’s fairly standard across China. And then when the Communist Party realized they couldn’t cover it up, they told the court to put Li Gang’s son in prison. He was sentenced to 6 years. And these cases are just a few that illustrate a much larger problem in China. A lot of Communist Party officials, as well as their kids, feel like they are above the law.

And a lot of regular rich people in China feel they’re above the law, too— because many people who became billionaires have strong connections to Communist Party officials. Since having strong ties with the Communist Party makes it so much easier to accumulate wealth in the first place. In fact, in the People’s Republic of China, the Communist Party itself is outside the law. The constitution is even written that way. So don’t be too surprised when some of the crazy rich people in China act out. On the plus side, if you go see Crazy Rich Asians this weekend, you’ll think Nick’s family are just the nicest folks. And before we go, it’s time to answer another fan question from one of our supporters on the crowdfunding website Patreon. Cha Cha China fan asks: “Being watched all the time with surveillance cameras must be nerve-wracking for your average Chinese. Or do they know?” Good question. There are 200 million surveillance cameras across China, and they have plans to build several hundred million more— making China a world leader… in spying on its own citizens. Based on what I’ve read and people I’ve talked to, everyone there is aware of the surveillance in a general sense, but the average Chinese citizen doesn’t consider it a big deal the way we Americans do.

Now while that might seem crazy, remember that even before the era of mass camera surveillance in China, there were other types of surveillance. Since the communist revolution, there have been vast networks of spies and informants— in every neighborhood, every school, and every work unit— ready to report even the slightest deviation from the Party line. That’s just how the Communist Party operates. So the current era of mass camera surveillance is just a digital extension of that.

And in some ways, it may seem even less intrusive. People who’ve grown up their entire lives under communism don’t have the expectation of privacy the same way people in free countries do. And that allows the Communist Party to keep extending its surveillance without a lot of public pushback. Also, anyone who pushes back will be caught on surveillance, so…I guess that also explains it.