The Top 10 Most Expensive Watches In The World 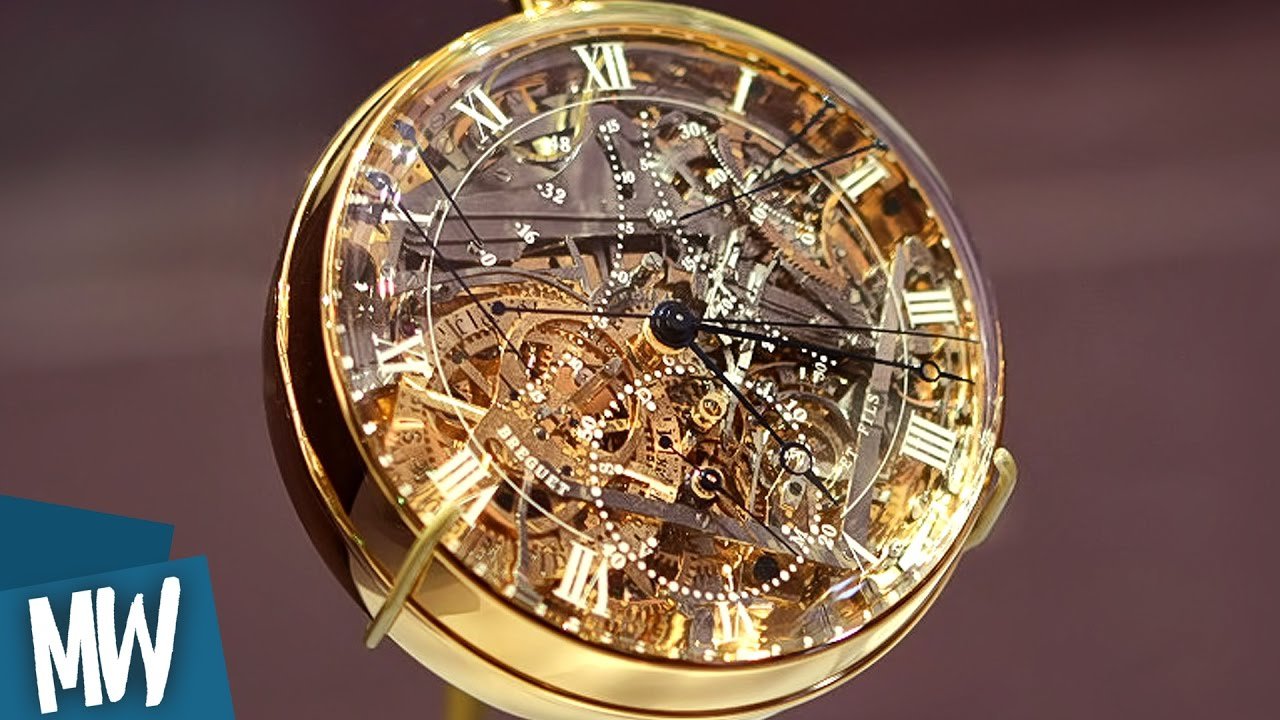 Keeping an eye on the time has been an interest of man for thousands of years. They say time is priceless, but if you’re rich as shit, who cares. Take a look at our list of the Top 10 Most Expensive Watches in the World Number

Number ten: Split Seconds Patek-Philippe Reference 1436 by Tiffany and co. This is a really long name, and we can only hope it lasts for just as long, cause this $214,000 watch, is a whole lot of fancy, and with cool features that would put inspector gadget to shame.

Number nine: The Rolex Submariner. Lots of people own Rolex’s. Some real, some fake, and some worth $234,000. Yep, you heard right. This particular Rolex is self-winding and made of stainless steel. Misplacing this would give new pain to the term “lost time”.

If you like seeing three man hammering a bunch of bells every time you look at your wrist, why NOT pay $340,000 for it?

Number Seven: Jaeger – LeCoultre Gyro tourbillion 1. This $400,000 piece of time keeping machinery is, in essence, an anti-gravity device that you can wear. It features something called tourbillions which prevents gravity from affecting its accuracy. Like magic – but not. But almost.

Number Six: Richard Mille Tourbillion. Some watches look like, well, watches, and others look like the lovechild of the terminator and something from alien. This $525,000 slice of the future is so advanced, we can’t tell which parts tell the time, and which ones are the door to a mystic abyss.

Number Five: AP Royal Oak Grande Complication. with a retail price of $742,900, you could just buy a couple of houses. Or you can go with this dazzling watch that comes with these unique features, a minute repeater, split seconds chronograph and perpetual calendar. Ya thats totally worth it! Cause it not your average watch you can buy on a street corner. It’s for those shot callas that got no time to waste.

Number four: Patek-Philippe Ref 5016P This platinum masterpiece costs a beastly $762,000, and requires regular adjustments, but if you have the money to buy it, that clearly shouldn’t be a problem. It’s a moon-phase, perpetual calendar piece of art that we don’t even think Bill Gates would buy. he can afford it, but he probably wouldn’t buy it.

Number three: Vacheron Tour de I’iIe. Vacheron happens to be the oldest manufacturer of watches in the world, and is the owner of the most complicated serial wrist watch ever created.

Number two: The Patek Caliber 89 When did you last buy a watch, and what did you pay? Was it close to $5,120,000? This one-of-a-kind piece is the most complicated watch in the world, with 33 complications. At the end of the day, you just want to know the time, but would you pay 5 million bucks for that? Well, Apparently, some fancy people Do!

Number one: The Breguet Marie Antoinette.

This watch is estimated to be worth 30 million dollars, it was stolen by master-thief Naaman Diller in 1983, and found in 2007, 3 years after Naaman Diller passed away of old age. It took Breguet and Marie Antoinette 44 years to construct the original, but both of them passed away before its completion. And there you have it; our list of ten most expensive watches in the world.

Have we forgotten to mention any?

If you know of more high-priced time pieces, please mention them in the comments section below.