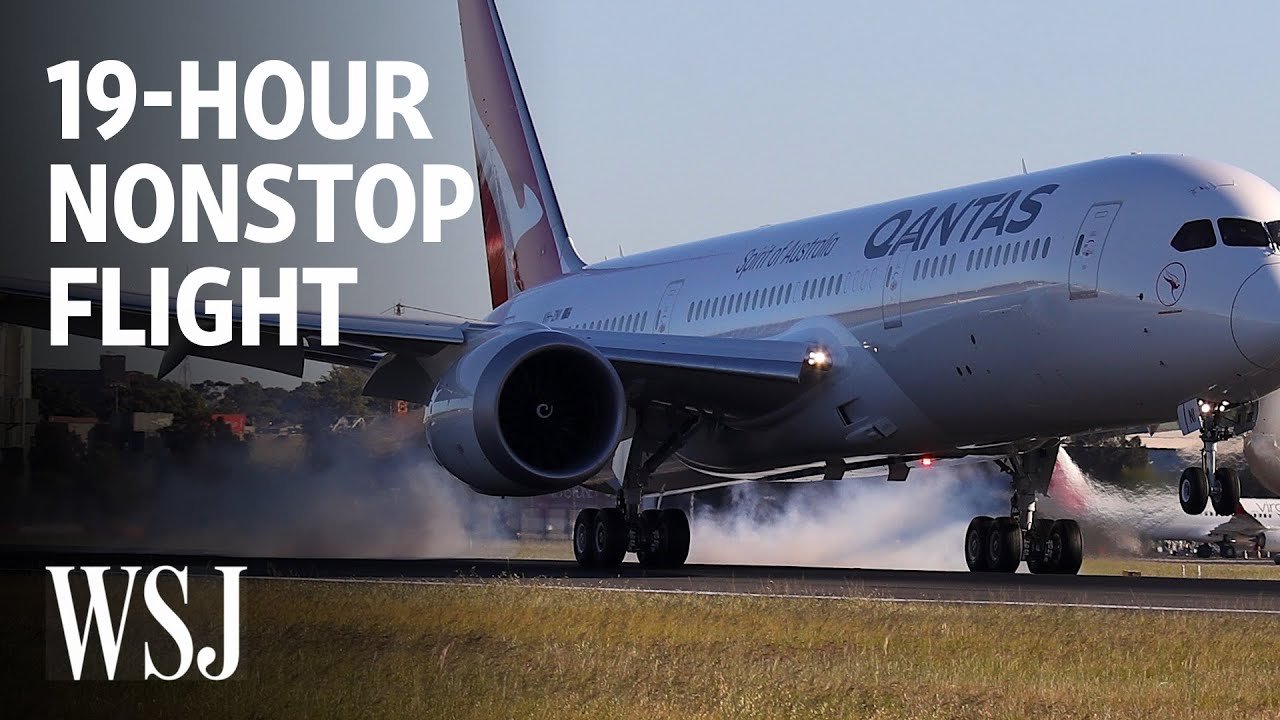 Singapore to Newark, Auckland to Doha, Perth to London, the three longest flights in the world, for now. I’m here at New York’s JFK Airport about to board a nonstop flight to Sydney, Australia. It’s one of three research flights being run by Qantas. The others will be from London to Sydney and a second from New York to Sydney. This is really groundbreaking. Biological studies on passengers and crew haven’t really been done like this ever before.

They’re testing passengers and pilots with the aim of learning more about alertness on ultra-long flights as well as wellbeing and jet lag. To do that, 49 people, made up of Qantas crew, a small media contingent, and six game Frequent Flyers will take the nearly 19-and-a-half-hour journey and be tested in-route.

So, Marie, tell us exactly what you’ll be monitoring on the flight with the six passengers that you’ll be tracking.

They’re monitoring their sleep, their mood or state of mind, and what they eat. As soon as they get on the plane, we’re trying to get them to live Sydney time. What they’ll notice in the cabin is a very different schedule from what most long-distance schedules in the cabin are.

Normally, you get on, you get a big meal, and then the lights go out. This time, it’s gonna be all-go. Lights will stay on for about six hours. Our passengers will be asked to do exercise and do their logging and everything, but the most important thing is to stay awake during the six hours of light.

So what do you hope to get out of this? What do you want to accomplish? – Ultimately, we hope for personalized jet lag solutions.

What we’d like to be able to say is you’re going to Rome, Italy. Here’s the schedule of what you should be doing as soon as you get onboard, but in the medium-term or the shorter-term, we’re just trying to enhance the wellbeing of passengers’ health and comfort in the air on these probably increasingly-frequent long-haul flights that people will do.

At the end of the day, Qantas is weighing whether to make this route a commercial reality. The final decision, which depends on aircraft economics, regulatory approvals, and labor agreements, is expected by the end of the year. So, Alan, tell us why you wanna do this. Is there significant demand for New York to Sydney nonstop, London to Sydney nonstop? Is there enough traffic to support a daily, regular nonstop flight?

We believe there is, and actually, one of the advantages of putting on a nonstop is you also stimulate the market, so actually today, we have a flight that flies from L.A. to New York every day, and we fill it, and they’re only traffic coming from Australia, so we know if we put a direct flight from Sydney into New York, Melbourne into New York, we’ll absolutely fill it. Between Melbourne and Sydney and London, there’s more than enough for daily service each day. The question has always been can you do it economically.

And here we go! 19 hours nonstop, New York to Sydney.

Meanwhile, a separate team is studying pilot alertness with cockpit cameras and EEG monitors, and they’ll be measuring melatonin levels in urine samples to determine body clock patterns. – [Pilot] 19 hours and five minutes later, we should be touching down in Sydney.

I’ve set my watch ahead to Sydney time, 12:47 tomorrow. First course, spicy tomato and saffron soup. The idea is to both keep you hydrated and keep you awake. (engine humming) (muffled group chattering) And the lights in the cabin go dark to encourage sleep. It’s 3:30 in the morning, Sydney time. We’ve still got four hours to go. Most everyone on the plane is still asleep. I’ve in-and-out sleeping. It has been dark outside the entire flight. It’s as if we’re chasing darkness. (pleasant electronic music) We have a little bit more than two hours to go, and we’ve finally found the sunrise.

So here I am at Sydney Airport after more than 19 hours nonstop from New York, and I feel surprisingly great, and it really does surprise me, because I usually don’t sleep well on airplanes, but this was a different thing and a different thing for many of the travelers who took part in the test.

This was not just about passengers doing the Macarena in aisles of the airplane. There was serious research that was going on that’s going to impact the future of air travel. We’re all gonna be on flights that are longer and longer, and there are real health concerns with that. The research that Qantas is doing will go a long way to improve travels around the world.