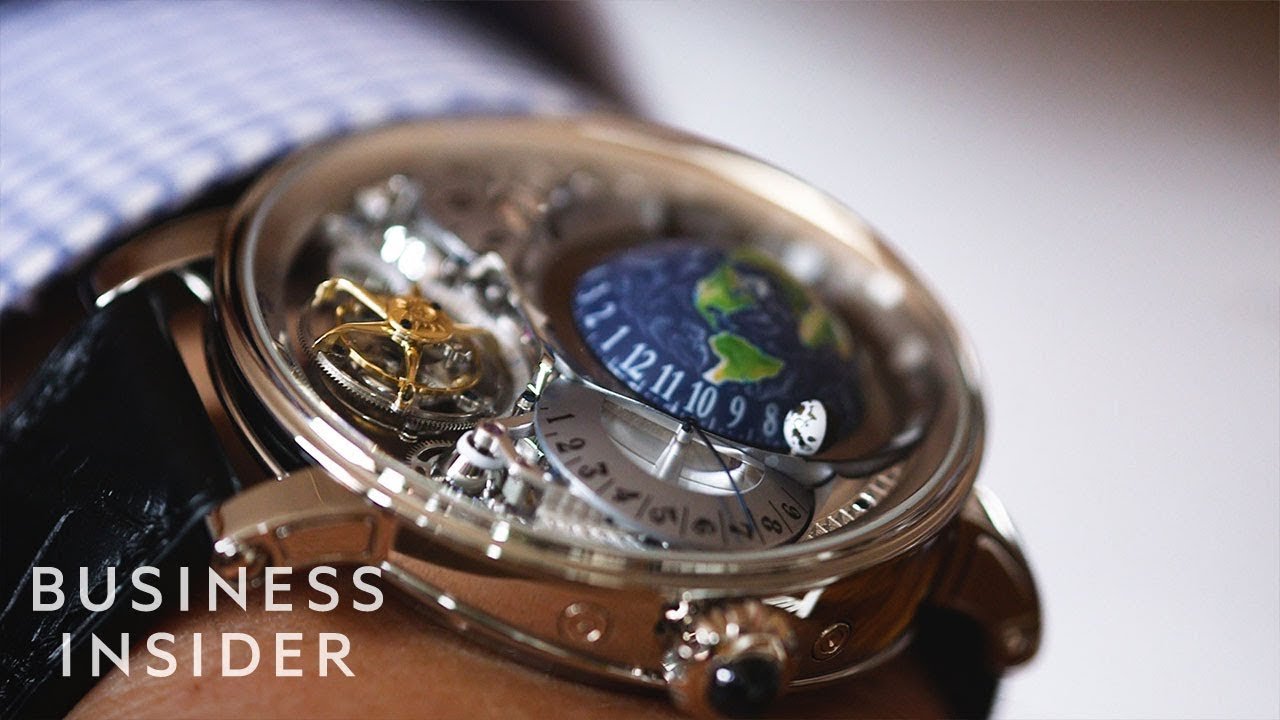 The watch comes in two different versions, and the difference between the two is pretty much restricted just to the case material. The $460,000 version is in red gold, and the more expensive half million dollar version is done in platinum.

Many of the most expensive watches are expensive because they’re set with precious stones, which, of course, raises the price through the roof.

In the case of the Récital 22 Grand Récital, however, the watch is as expensive as it is entirely because of the amount of craftsmanship that goes into it and the length of time that it takes to produce the various effects that make the watch what it is.

BOVET watches are inherently limited in production simply because of the complexity that’s associated with making them. This particular watch is a limited edition of 60 pieces worldwide. Those are going to roll out very slowly, simply because they can’t be made quickly.

It’s just inherent in the nature of the watch. The single decorative element that’s probably most strongly identified with BOVET today is the use of extremely fine miniature painting, often in the form of, what’s called, cold enameling on the dials of their watches.

And the Récital 22 Grand Récital has a really, really wonderful example of this particular craft. The centerpiece of the watch is a hemisphere representing the Earth as seen from above the North Pole. There are many, many layers of enamel that have been, that have been applied to the hemisphere in order to achieve a wonderful kind of translucent effect in which the clouds literally seem to float above the oceans and continents.

The paints are actually luminous and very, very luminous, and, when you turn the lights off, you are treated to a view of the continents glowing up at you that’s just incredibly compelling. This particular wristwatch is in a class of, what are called, astronomical complications.

So the centerpiece is this revolving hand-painted depiction of the upper hemisphere, the northern hemisphere of the Earth. Placed just below it, in the six o’clock position, is, what’s called, a tourbillon. We can see the tourbillon rotating as we look at the watch, and the position that it’s in is identical to the position that the sun would be in, relative to the Earth. So it kind of stands in for, the tourbillon stands in for the sun in this wristwatch.

Now, a perpetual calendar is a mechanical watch which knows the difference between a leap year and a non-leap year, and which also advances the date correctly at the end of each month, whether it’s a 30-day month or a 31-day month.

The relative rarity of the watches and the amount of handwork that goes into finishing the movement, the case, and other aspects of the watch all adds up to a tremendous, tremendous amount of real old-school craftsmanship, which simply doesn’t come cheap.

At this level of watchmaking, you’re really talking about something that’s designed to appeal to someone with extremely specific tastes and with a budget to match.

There are 705 components in this wristwatch!

Let us know what you think below!