Why the Street Label ‘Supreme’ Is So Expensive 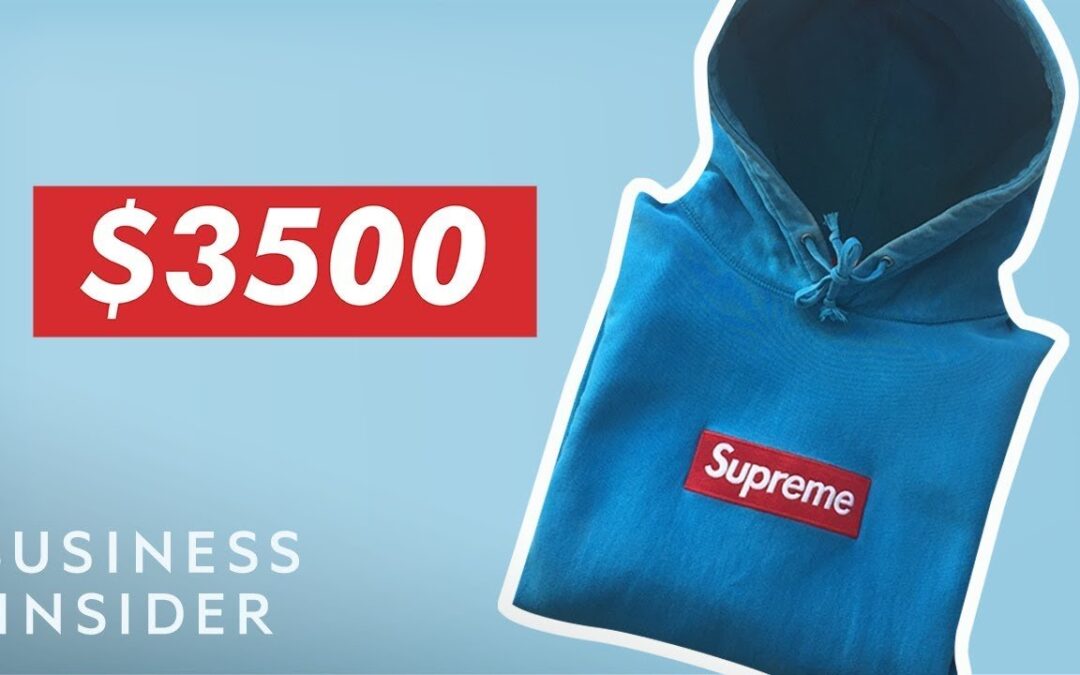 Supreme, baby! I just bought a faux-fur jacket for $1,000, so. People want to know, “Hey, look, that guy’s wearing Supreme.” But people also make a living off it too, so.

These two jackets are nearly identical, both made by The North Face, and both using Gore-Tex technology. This one on the left costs $300. The one on the right is currently selling for nearly $1,300.

So what’s the difference?

This one just happens to be a North Face collaboration with Supreme. So why would someone pay nearly a thousand dollars more for basically the same jacket? And what is it that makes Supreme so expensive? From the eye-catching logo to the limited product releases and artist collaborations, over the past 20 years, Supreme has transitioned from a small skateboarding store in New York to a $1 billion streetwear company.

But for its fans, Supreme is more than just a brand. It’s often an obsession and an entire subculture of its own. Since its origin, Supreme has maintained an image of being authentic. Founded by James Jebbia in 1994, Supreme started as a skateboarding store in the SoHo neighborhood of Manhattan. The store started out selling hoodies and sweatshirts aimed towards the burgeoning New York skate scene. Throughout the ’90s and early 2000s, Supreme functioned as a skate brand catering to both skaters and those interested in the emerging streetwear style. But Supreme’s limited releases and attitude has pushed them far beyond their beginnings.

The most iconic Supreme design is their box logo, originally, simple white, italic lettering over a plain red background. This design so closely echoes the work of conceptual artist Barbara Kruger that it is hard not to see it as a direct copy, and copyright theft is something that’s in Supreme’s DNA. Supreme’s appropriation of images is one of the keys to its popularity. Pop-cultural imagery and logos are copied and adapted in a way that makes the designs feel more like contemporary art or graffiti than a big fashion brand.

Supreme’s first branded T-shirt was simply a photo of Robert De Niro in the film “Taxi Driver” along with the iconic red-and-white logo. And the company’s use of often unlicensed imagery has led to Supreme being served cease-and-desist letters from Louis Vuitton, the NHL, and the NCAA. Dimitrios Tsivrikos: The more we’ve been exposed to a brand, the more likely we are gonna be developing an association, a familiarity, almost a sense of connection with it. With Supreme, there’s no element of status, and they went completely for what a logo should be all about: standing out, being identifiable.

The recognizability is key to Supreme’s power as a brand. But the items are also purposefully difficult to get ahold of, and their products are kept in high demand by very limited releases. Chris Magnaye: Tuesday at 11:00 a.m., you go to the Supreme website, you enter your basic information: your name, email, phone number, and credit-card number. Then, they’ll send you a text later in the day to let you know if you’ve been selected to stand in line. Then on Wednesday, they’ll send you a text telling you the time and store to report to.

And on Thursday, you go to the store at the time that you’re given. There’s a one-limit-per-style rule in Supreme, so what that means is, if a shirt comes out in black, red, and gray, you can only get it in gray. So if I want it in black and red, I need to get two other people to get it for me, so they need to stand in line for me.

A lot of the people who do stand in line are standing in line for someone else.

Supreme only sells their merchandise at 11 brick-and-mortar stores across the world as well as their online store. It was around the mid to late 2000s that Supreme really started to pick up speed. This success was partly due to what’s been dubbed the “Kanye effect.” In 2006, Supreme released their Supreme Blazer SB, a collaboration with Nike.

The shoes retailed for around $150, with resale prices ranging from $300 to $400. In July 2007, West was pictured wearing the shoes at the Grammy Foundation’s Starry Night party. After the photos were released, the resale price of the shoes doubled to $800. Similarly, the teal box-logo sweatshirt worn by Tyler, the Creator in his “She” music video, originally priced at around $150, sold for $3,500. But not everything from Supreme is gonna end up being valuable. Sellers like Chris have to decide what’s going to be popular and what items will give them the best return. Chris: So how I decide on what I think is gonna resell is based mainly on what I would wear.

You can also go to these Instagram accounts, and they’ll have Instagram polls, Twitter polls, talking about, oh, like you can upvote this, you can downvote this, and it’s this crowdsourcing tool to understand the market better and find out, oh, this one’s gonna resell, or this one is really popular. The most money that I’ve made off of one Supreme item is the 2017 fall/winter collaboration with The North Face, and it was a mountain parka. I bought it for $398, and I sold it for $950.

This incredibly limited release means that buying and reselling Supreme items is where the real money is. When you look at the prices of Supreme items in-store, they aren’t as outlandish as you may expect.

They retail for around $38 for a T-shirt to $138 for a sweatshirt. But it’s once these products have sold out that they can reach 30 times their original price. Many other big brands are now adopting this method of very limited releases to generate hype around their products, from trainers to other streetwear brands.

These releases make people feel like they’re part of something exclusive. Dimitrios: The more we make a consumer work for their particular access to a product, the more alluring these services and products are becoming. So I think Supreme know very well how to make something incredibly accessible and sexy by allowing us to jump through as many hoops as possible to make it relevant for them.

But there’s something about Supreme that’s different.

Could any other company get away with selling a brick or a branded crowbar?

What is it that gives Supreme such a devoted following? I think it’s the hype.

They come out with really cool items. I personally feel like they do. It’s a name brand, and name brands attract anybody at the end of the day. In New York especially, it’s a lot of streetwear. So people want to have those exclusive items. So I feel like Supreme, they keep their quantities very low because of the high demand. People will pay that price if it’s something they like. Supreme, I think the thing that really causes people to spend money and wait in line is kind of the “it factor” that it has, right? They’ve done an amazing job of limiting quantities and underproducing to the demand.

Supreme has managed to somehow keep their cool, alternative, and exclusive image despite their expansion and has still maintained its skater credentials despite selling a 50% stake in the brand to a private equity firm.

With more and more people wanting their products, for now, it looks like Supreme isn’t going anywhere.