Why This Apartment in New York City Costs $28.5 Million USD 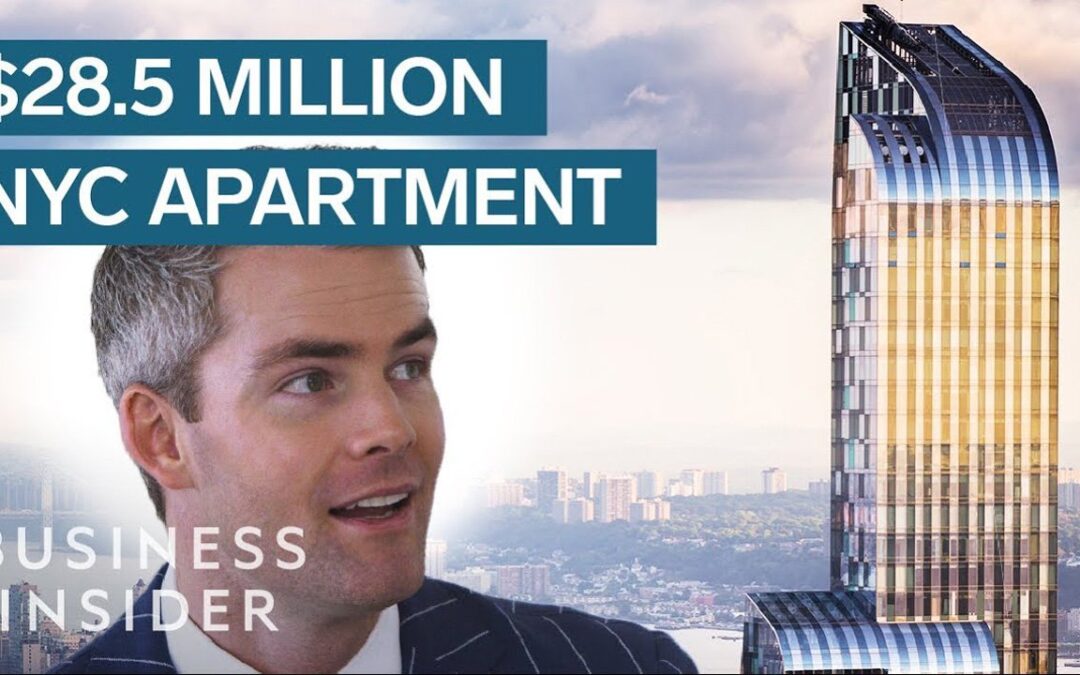 A couple months ago, I was scrolling through YouTube and saw this video of an apartment on Billionaires’ Row in New York City. It’s on the 41st floor of this ultra-luxurious tower called One57. Sitting right off West 57th Street with views of Central Park, it’s listed at a whopping $28.5 million. It’s hard to comprehend why it’s so expensive and if there’s even a market for it. So I reached out to the realtor, Ryan Serhant, hoping he could help me unpack the world of Billionaires’ Row.

You may recognize Ryan from Bravo’s “Million Dollar Listing.” And he invited me uptown to check out One57 for myself.

One57 towers almost a thousand feet above West 57th Street. But before the building opened in 2014, this wasn’t really a residential street. It was known for Carnegie Hall, tourists, and delis. But One57 put West 57th Street on the map, breaking records for listing prices and coining the street Billionaires’ Row.

The first 27 floors of One57 are reserved for the five-star Park Hyatt hotel, but the next 48 are residential. Walking in, I was actually pretty surprised by how homey it felt. Yeah, the lobby was classy, but there was this familiar and casual buzz of people just living their normal lives, and that was really nice. We took the elevator to the 41st floor and met Ryan at apartment 41D.

Ryan Serhant: Hello. Welcome to One57.

Right away, it’s gorgeous. 12-foot ceilings, exquisite decor, and that new building smell. But it’s those views that obviously add to the price tag.

Serhant: This unit that we’re in right now, 41D, is a duplex. It’s got five bedrooms, five and a half bathrooms, and it has an outdoor covered garden. Narrator: Apparently, that outdoor garden, or the solarium, is a rare architectural feature.

Serhant: The building kinda curves as it goes up.

It keeps stepping back, you create these rooms. So you can sit here, you can get a tan, for the 41st floor on Billionaires’ Row. It’s totally crazy.

Just off the solarium, there’s a private terrace, and it’s one of just two apartments in the building with an outdoor space. After the views and solarium, the duplex layout of the apartment keeps the price tag ticking up. The second floor has four bedrooms, including the master suite, with arguably better views than the floor below. The en suite master bathroom is made completely of marble, imported from Italy, of course. You’ve got a walk-in shower, free-standing tub, and two toilets, you know, just in case.

Back downstairs, the massive eat-in kitchen had a couple hidden features.

Serhant: Right? Around every corner, there was some new design element. A fluffy chair, a perfectly sized rug, that optimized the space. It made for this relaxed, luxurious vibe. And, of course, none of that was by accident.

Serhant: And even if the buyer has $30 million to spend, you’d be amazed at how unimaginative they can be.

So, we have to show them. And everyone we’ve shown this apartment to would take it fully furnished, ’cause they just love it.

Buyers can choose to keep all of the staged furnishings, and thank goodness, the price tag includes the furniture. But what’s a billion-dollar building without amenities to match? On the 31st floor, residents get a giant amenities space all to themselves. There’s a billiards room, screening room, gym, and a pool, with music piped in from Carnegie Hall across the street. But the never-ending climbing wall was definitely my personal favorite. This isn’t what I anticipated doing today. Since its construction, One57 has pushed up real estate prices across the neighborhood. From 57th Street to 59th Street between Park Avenue and Broadway, median sale prices rose 64.3% from 2010 to 2018. Compare that to the median sale price in Manhattan as a whole, which increased just 25.7% in the same amount of time. Historically, if you had money and influence in New York, you bought property in Central Park West, in one of those classic limestone buildings with views of the park. But the problem for modern developers was those buildings couldn’t be torn down or built higher.

But on West 57th Street, developers could go tall. Super tall. In 2010, developer Extell started construction on a project that was pretty outlandish at the time. In the midst of a real estate downturn, they broke ground on a nearly thousand foot megatower on West 57th Street. Overlooking Central Park, One57 would completely alter the skyline.

Serhant: What no one really knew when this building first came up was, are the views of Central Park gonna be so important that someone would be willing to live on 57th Street, which is a really, really, really busy street? The answer was “yes.”

Bought by Michael Dell, it broke the record for the most expensive home in New York City and solidified the street as Billionaires’ Row. And if you look up and down West 57th Street today, mega luxury tower construction isn’t slowing. 220 Central Park South, Central Park Tower, and Steinway Tower are all new developments on 57th Street that tower over the skyline. These buildings are pushing the boundaries of height, luxury, and price, but not everyone is excited about it.

In addition to the altered skyline, some real estate experts worry the market’s been tapped out. Manhattan home sales dipped by 14% in 2018, and 57th Street’s newest construction, Central Park Tower, has dropped prices. Experts warn these could be signs of an oversupply of luxury apartments without a demand to match. But Ryan doesn’t seem to be worried. 41D at One57 has only been on the market for a year Which isn’t a long time for million dollar listings And for the world’s billionaires Ryan says, it’s more affordable than towers down the street.

Serhant: I think to the rest of the world, $28.5 million probably seems like a lot of money, and it definitely is, don’t get me wrong. It’s the world that we live in. I mean, New York City, 57th Street, park-facing apartments, the realm of reality that we find ourselves in every day, is that people are willing to spend $100 million for less bedrooms than what we’re offering on this floor.

Personally, that kinda price tag is unfathomable, but the people buying an apartment here aren’t just looking for a place to live. They’re purchasing a stake in some of the most expensive real estate in the world and buying into the brand of Billionaires Row.